The epitome of high alpine beauty, Chaffee County is home to the highest density of 14,000-foot peaks in the state, including Mt. Elbert—the tallest in Colorado. For a bucket-list experience, summit one of them or simply appreciate the views along the Collegiate Peaks Scenic Byway. In winter, make tracks to Monarch Mountain. For lower elevation thrills, go rafting on the Arkansas River through Brown’s Canyon or fishing in the area’s Gold Medal designated waters. 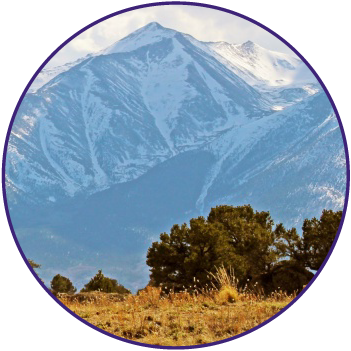 The 14,000-foot mountains in Chaffee County are nicknamed the “Collegiate Peaks,” with names such as Mt. Harvard, Mt. Oxford, Mt. Princeton, Mt. Yale and Mt. Colombia, among several others. 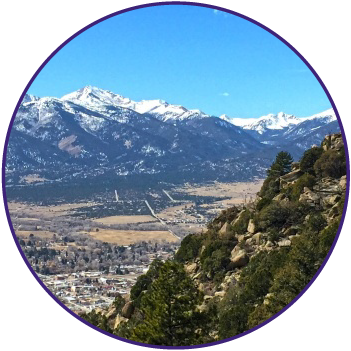 There are some parts of Chaffee County where the elevation is just under 7,000 feet, while other spots are over 14,000, across towering peaks. This diversity leads to expansive and towering mountain views.

A Quick History of Chaffee County

Established in 1879, Chaffee County is named for Colorado’s first senator, Jerome Chaffee. Like much of the west, the area was first inhabited by Native Americans. When gold was discovered in 1875, explorers, miners, the railroad, as well as farmers and ranchers arrived. The region’s abundant hot springs were an added perk.

The Mary Murphy Mine became the biggest gold producer in the area. After the railroad arrived in 1880, 50 mines were opened and operational within three years. Through the 1970s, mining continued to be an important part of the local economy.

After mining went bust, Salida got creative. Not only is the town home to Colorado’s first Creative District with more than 20 galleries, it also has the largest historic district in Colorado, with more than 100 turn-of-the-century era buildings in its downtown. The courthouse in Salida is an Art Deco-style treasure designed by celebrated Colorado architect William DeMourdant.

Pronounced by locals as “BEWna Vista,” it means “beautiful view” in Spanish. Indeed, the mountain panoramas are as breathtaking as ever. By 1880, Buena Vista had not just one, but three railroads, making it a hub for people of all kinds. Known to be a rough and rowdy place, it is reputed to have had 32 saloons, many dance halls and brothels, with not a single church!